Google Algorithm April Update: What Do We Know So far? 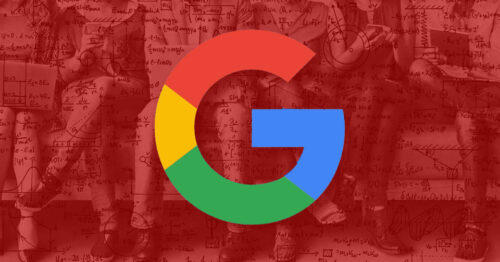 As you may know already, there has been a lot of talk about a possible algorithm update on the 13th & 14th of April, although Google is still yet to confirm this. This update seemed to continue throughout April when many SEOs and website owners experienced issues with their traffic and rankings.

There seem to be several suspicions so far amongst industry experts about what the Google update was and what it may have affected. Some people have noticed that there seems to be a drop in spam, leading to a drop in traffic which, in the grand scheme of things, is actually a good thing. Others believe that there has been a surge in spam, and there doesn’t seem to be a huge amount of consistency amongst the discussions around this potential new algorithm update, other than the commentary around it relating to spam traffic.

When Did It All Begin?

The 13th and 14th of April were when people began taking to SEO web forums to discuss changes that they have noticed on SERPs. On the 21st of April, Google released a report about how it fought against search spam in 2021. They talk about their AI-based spam prevention called SpamBrain which identified over six times more spam in 2021 compared to 2020.

Due to the release of this report, many people that work in SEO believe that this has had a knock on effect on website traffic. Due to more spam being seemingly removed, there have been fluctuations in traffic on many websites around the world.

It hasn’t just been traffic that these rumoured updates have had an impact on, though. Many people within the SEO community are also reporting that their conversions are also lower than ever. That is why it has caused such an uproar recently because not only has it affected traffic but also revenue for eCommerce websites. Whilst this may be the case, there are a number of factors at play within the ecommerce space at the moment.  Another potential reason may be the ‘Product Review Ranking’.

Product Review Ranking – What is It?

In March, Google released another report on how they have been improving their product review ranking. Google has recently targeted product review content to give them better rankings based on a number of additional content that can be included in product reviews to make them more useful to the user.

Google said on the 23rd of March: “Today, we’re launching another update that builds on that work to enhance our ability to identify high-quality product reviews. This will make it easier for us to get sound purchasing advice in front of users, and to reward creators who are earnest in being helpful.”

They also stated that it would continue to roll out over the next few weeks which is one of the reasons why many websites would have seen an impact on their rankings and traffic. Whilst this update isn’t actively punishing sites that aren’t deemed to have high quality product reviews, it may feel like the case to those sites who haven’t as they will likely be experiencing a loss of rankings and traffic as a result of losing out to other sites that have. Many SEO experts believe that this particular update is yet another attempted push towards PPC after Google reported their quarterly earnings report.

There have been many suspicions as to what has caused a drop in rankings or traffic across a large number of websites, and, as always, we probably won’t know whether or not this was an official algorithm update until Google officially announces it to be the case. However, Google has stated that they will be rolling out the product reviews update throughout the early weeks of April which could be one of the reasons why your website may have been impacted. Any drops being experienced will likely be due to a range of factors, and some of them may be behavioural as well as algorithmic and SEO related (for example a decrease in users shopping online compared to 2021).

If you’d like a professional review of what could be causing drops in traffic and key rankings then we can help! Get in touch to discuss our extensive SEO audits.